Universal Basic Income is the simple idea that a government will provide a base income to its constituents. Like many, my immediate reaction to this idea was doubt mixed with resentment. As I dug deeper into the psychology behind the idea and the coming wave of automation it became clear to me that this is more of an inevitability than an idea. 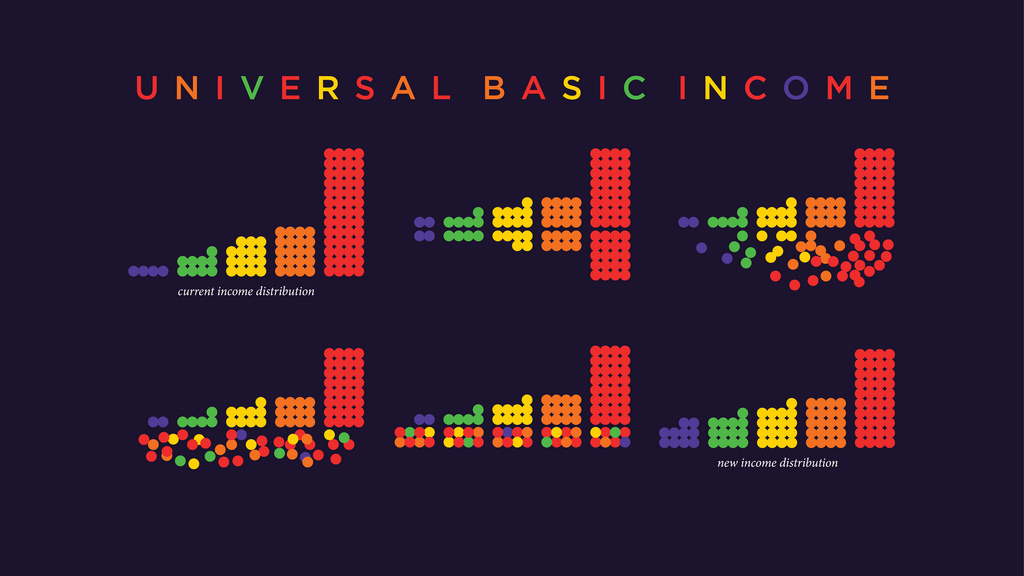 Several years ago I was trying to teach my mom to use Google Maps. When I recommended using Google Maps even if she thought she knew where she was going, she said, “You mean to tell me that Google knows the roads better than I do?” Yes, of course, they do! My mom is great, but she doesn’t keep a cache of traffic speeds at different times of the day. She doesn’t have a log of construction and accidents which might impact drive times. This moment stuck with me as an example of the moment before people turn themselves over to automation.

Automation is a gradual process that can be represented in people’s opinions of whatever you are attempting to automate. Here is an example of that progression:

I wish I could remember where I read this idea, but I cannot. All I can say is it is not my own. If you work in any process this progression probably sounds familiar. If step 1 sounds familiar, you should be the person thinking about automation. If step 2 sounds familiar, your best long term hope is to be the 1/10 people who get to check the computer in step 3. If you are the human in step 3, start tuning up your resume. Step 4 leads us to universal basic income, where over 40% of the US workforce will find themselves over the next 15 years.

Think of the jobs people have now… driving, service industry, sales, medicine, banking… the list goes on. Robots are already WAY better drivers than humans, we are just stuck in steps 2/3 (above) because we have America sized egos about our driving ability. Many service type jobs are being replaced by apps, robotics, or streamlined processes that don’t require as much customer hand-holding. Thus far, automation has mainly enhanced sales, but it’s a matter of time until robots are procuring contracts which are being bid by companies with their OWN pricing robots. Humans are just skimming money off the top of this process in the form of commissions and fancy dinners. Startups the world around are trying to make medicine accessible and affordable through automation. When it comes to surgery, like driving, our lives are better left in the hands of an infallible (at least less fallible) machine. There are few things humans do today better than computers.

Now, some of you will be saying, “as those jobs disappear other jobs will take their place!”. You aren’t wrong, but the trend is to more efficient and centralized systems. One app, website, or business can service the entire world. Publicly traded companies have one aim, to increase profits. The best way to increase profits is to service more customers and to reduce costs. Automation serves both purposes, so this unless our financial incentive system gets turned on its head this trend will not change. Craigslist took a team of 35 people and over the course of 30 years replaced classified ads in cities across the country. Local newspapers are being replaced by national brands. Mom and Pop businesses cannot compete with Amazon. Even brick and mortar franchises, like Circuit City, could not compete with Amazon. Yes, new jobs will take the place of old jobs but at a fraction of the original numbers.

My personal experience is working at a company called Canvas Technology, which produces warehouse robots to transport goods. Because of the inhospitable working conditions in many facilities, I can talk myself into my job serving the greater good. However, if those people who are displaced are unable to get work and care for their family I cannot. Even dangerous conditions are better than not being able to provide for your family.

This inner conflict leads me to the main question from this post, what about those people who are displaced through automation?

I grew up in a middle-class, conservative, Ohio family. I was indoctrinated to believe that welfare and other government entitlements were inefficient systems that led to inefficient people. I was fed the now debunk’ed idea of trickle-down economics being the best way to lift a middle class. I took these ideas with me to a liberal arts college, where I gleefully regurgitated those conservative talking points in late night arguments with friends. Those discussions shifted my perspective, but until my family was in a position where we relied on those entitlements I couldn’t fully grasp the situation.

After spending 6 months homeless, my older brother was diagnosed with schizophrenia. Ever since my family has been dependent on the systems which they voted against for years. The amount of support from institutions and people who comprise them is enough to warm even the coldest hearts. Prescription drugs aside, these social programs have saved the government immense amounts of money. As a homeless man suffering from mental illness, my brother often found himself at odds with the law for trespassing and property damage. Even innocently walking around late at night can be misconstrued, and the inability to converse with police means any situation ends up with jail or later, a mental hospital. Receiving basic rent payments, medical support, and food stamps turned this situation around for my brother. He hasn’t been admitted to a mental hospital since, hasn’t seen a judge, and hasn’t damaged any property.

My brother’s situation is unique, but imagine if he were able to go back to work? If these years of stability afforded him the opportunity to educate himself and pursue his passion, wouldn’t that be worth it purely from a long term cost standpoint? How many people find themselves in situations, mentally ill or otherwise, without the support structure to get back on your feet? Where would you turn?

Nobody wants to be in these situations. Drug addicts are miserable who are trying to drown out suffering or lack of fulfillment in their lives. Gang members are conflicted youth who had no options at a crucial point in their lives. Being unemployed or underemployed is miserable. Regardless of what you may believe, these are not decisions people make. These are decisions made for them based on the circumstances or genetics they inherited.

All these people are just trying to provide their base needs, even the drug addict. Studies show that mice in a depressing environment will self-dose cocaine until they die, whereas mice in a eutopia will not. Interestingly enough, the worst thing that happens when you provide basic needs for mice is that they stop reproducing.

If you provide basic needs (food, shelter, water, education) to people they spend their time doing things which are constructive to society. It isn’t hard to envision a system which provides these needs while also incentivizing people to compete. In my opinion, the problem with our current entitlement system is that it is a game. It is a series of loopholes and fine print that is as confusing as it is taboo to discuss. Simplifying that system would go a long way to helping people understand its merits.

To summarize, automation is coming for your job and you need to be able to feed yourself after robot you have arrived. Otherwise, we will have a handful of Twitter-sized companies which employ only a few thousand people to serve billions. Those few thousand people will reap the rewards, but on the whole, the 1% of America that owns publicly traded companies (and most private enterprises) have the most to gain. If we have a crisis of a shrinking middle class now, what will that look like in 20 years? What happens to the lower class when their jobs are automated?

The government can be inefficient, and that is precisely why Universal Basic Income is the right solution. Many systems filled with loopholes and fine print are the root cause of that inefficiency. Reducing the number of those systems, and the loopholes and fine print within them, would by definition increase the efficiency of those entitlements. In today’s age, we see how complicated systems can be misrepresented to serve your purpose. Just look at the current state of politics or discussions around divisive issues like immigration. Both sides are able to point to problematic subsystems to distract from the entire picture. If we had an entitlement system where the entire picture is as simple as everyone getting 10k from the government, what would people argue about?